Mesopotamia is part of the Western Reserve rich in history and architecture during the Civil War and the beginning of the pioneers’ westward movement. The township is on the National Register of Historic places and remains serene and beautiful among an Amish settlement.

…”National Heritage Areas are places where natural, cultural, historical and scenic resources combine to form a cohesive, nationally important landscape arising from human activity shaped by geography. These patterns make National Heritage Areas representative of the national experience through the physical features that remain and the traditions that have evolved in them. These regions are acknowledged by Congress for their capacity to tell nationally important stories about our nation.”

“The Western Reserve’s early stone houses may aid in writing a nationally important story about our distinctive regional landscape. Never before considered as a holistic legacy, early stone houses total more than 100 in number and lie in almost all areas of the region. Moreover, as they are stone-built, stone houses have survived in greater proportion than their framed counterparts. They uniquely represent the formative period. Each early stone house therefore plays a local role in defining the current Reserve landscape, and the totality can make for a regional narrative that integrates nature and culture. Such a comprehensive yet elemental approach is bound to be of extra-regional significance. 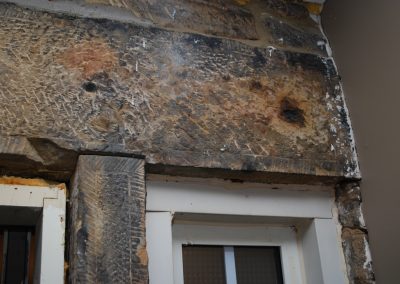 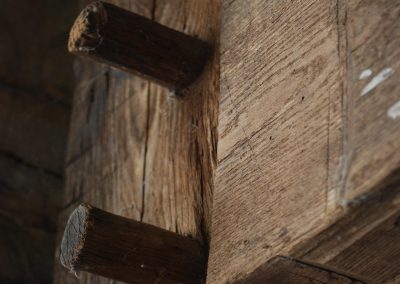 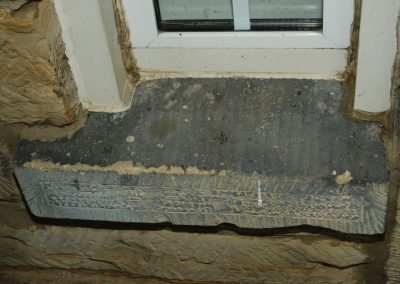 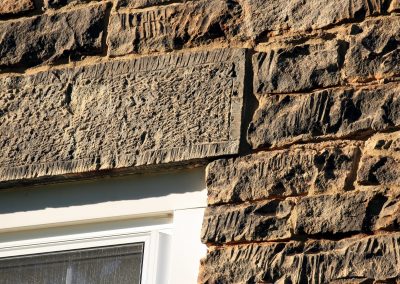 The stone etchings in this header are signature markings of the stone mason and can be found throughout the architecture of the Stone House.

“The Connecticut Land Company consisted of a group of investors who bought a large part of the Western Reserve of Connecticut in the years after the American Revolution. Connecticut was one of several states that had land claims in the Ohio Country going back to the colonial period. Connecticut gave up most of its claims to the federal government so that the Northwest Territory could be created. However, it reserved the northeast corner of the territory for itself. This area came to be known as the Connecticut Western Reserve.” 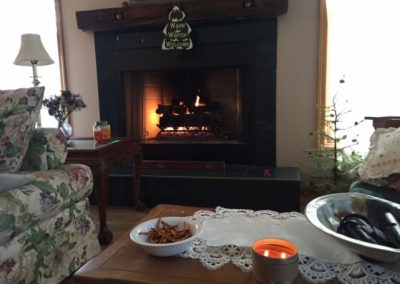 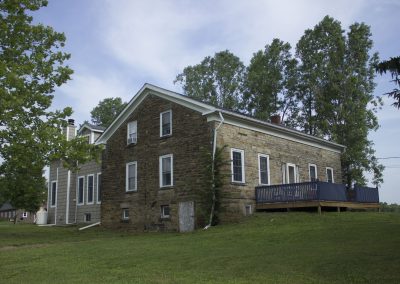 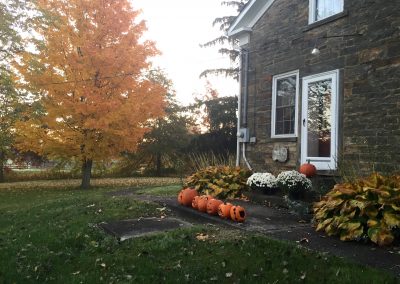 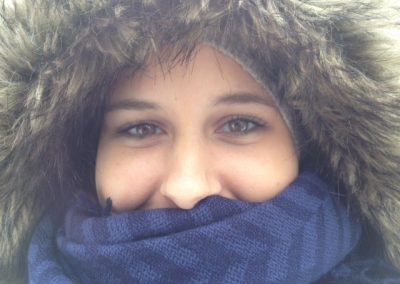 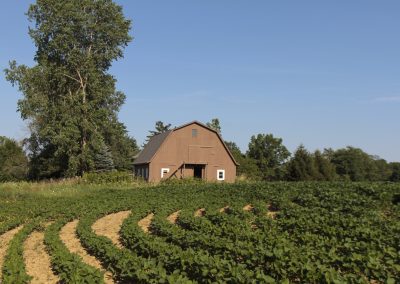 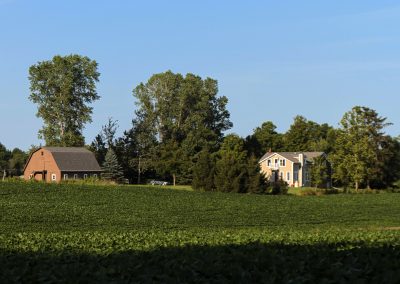 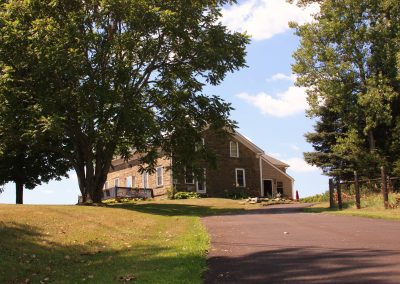 OSH on a hill

OSH on a hill 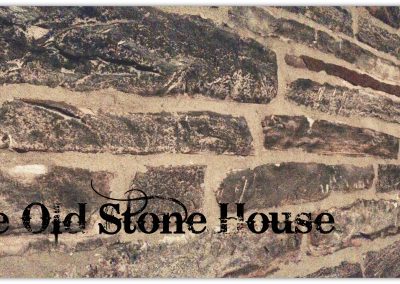 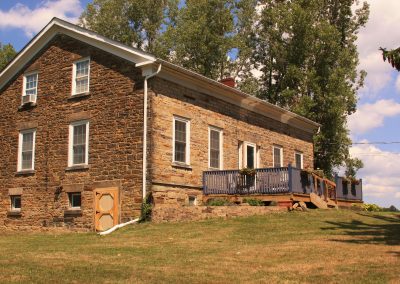 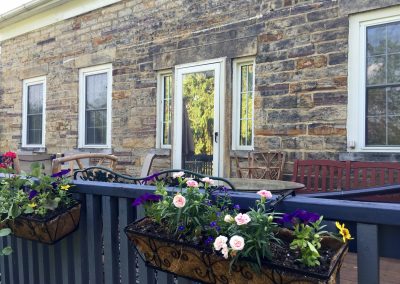 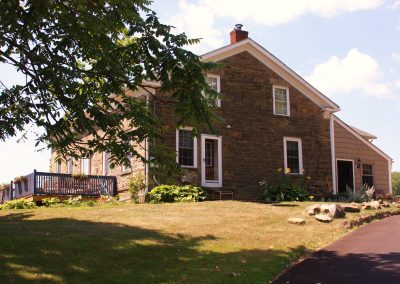 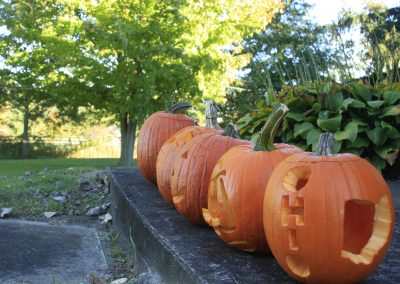 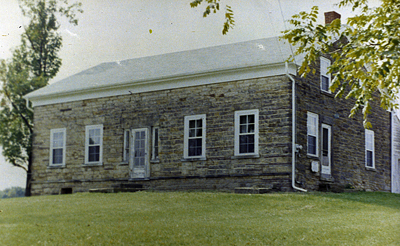 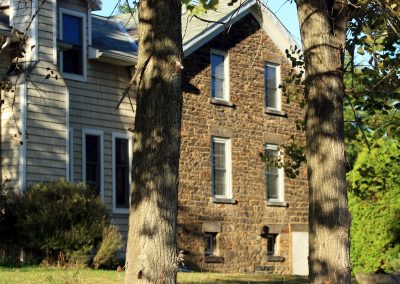 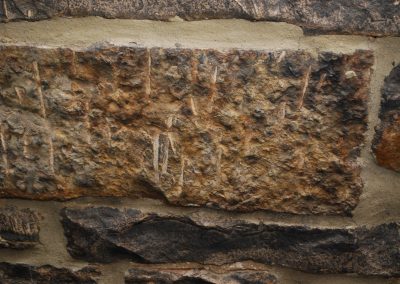 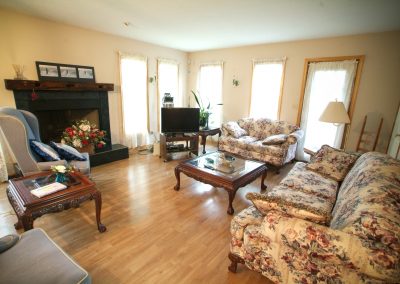 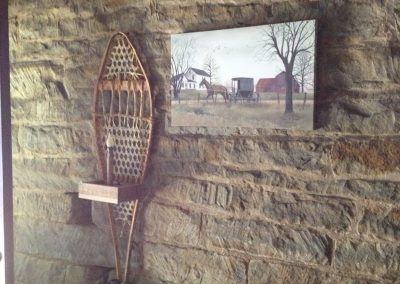 Captain of the 18th Connecticut Regiment, organized there as Capt. Lemuel Bates Co. and commanded the 11th Connecticut Regiment for duty in New York arriving there August 26, 1776, where he was discharged September 25, 1776. Taxpayer there 12/2/1785. On committee 2/23/1786 proposing an election for separation Turkey Hills from Simsbury.” (Holcomb Geneology)

Hezekiah’s wealth and status are detailed in the house’s design.  The house offers historic details such as deep window wells 19″ thick, corner cupboard, a pie safe made with square nails, chestnut wood beams and plank flooring with post and beam construction, and placement of staircase off of the large hallway rather than at the end of hall.

“The stone house sited atop a rise south of Mesopotamia center is a 1-1/2 storey, two room deep center hall house, a common type found in both Pennsylvania and New York. What is uncommon is the quality of the stone and stonework. The facade of the building used stones carefully selected from one strata of the quarry, all exhibiting purple & blue mineral bands. The doorways are exceptional, with dressed stone used for the elements normally rendered in wood. The layout and scale of the interior, as well as the selection of strap and pintle hinges for doors, suggest a Germanic influence. Stone houses were rare in the Western Reserve and few survive, making this one of the most important early structures in the region.”

“The concept for SACRED STONES began germinating over thirty years ago in the tiny rural town of Mesopotamia, Ohio. “Mespo,” as it is called by locals, is in the heart of Amish country in Trumbull County in northeastern Ohio. This general area is home to the fourth largest Amish community in America. The center of town is a community oriented public green space or park. A tall Civil War Monument topped by a stone eagle was erected there in 1867 honoring area veterans. Over 2,000 people attended the dedication.

About half way north on the eastern side of the commons is Fairview Cemetery, which had its first burial in 1818. Like most cemeteries, the majority of the marker stones tend towards the routine. Many of those in Fairview were fashioned from soft white marble and now appear to be melting from years of exposure. Names, dates and other embellishments are slowly vanishing; history fades with each rain storm. Scanning the cemetery, however, several obviously different stones immediately summon each visitor’s attention. They are not marble but seemingly indestructible hard granite. No detail has been erased by over a century of constant weathering. It is visually evident that a remarkable sculptural approach produced the various granite monuments in Fairview. One is a large highly detailed spiral sea shell. The largest is the Brigden Family marker accentuated by carved foliage and a friendly climbing bear. Another features a life-size seated curly coated faithful canine patiently waiting next to the headstone of a small child. These wonderful memorials originated from the self-taught artistic mind of Howard A. Brigden (1841-1913), a native of Mesopotamia. He also sculpted the stone eagle perched atop the Civil War Memorial. Being a sculptor, art teacher and folk art enthusiast, I was immediately attracted to Brigden’s masterpieces of art. Their existence provided an excellent reason to take visitors to Mesopotamia. “Gene Kangas,Creekside Art Gallery 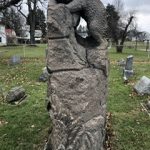 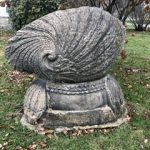 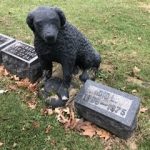 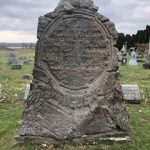